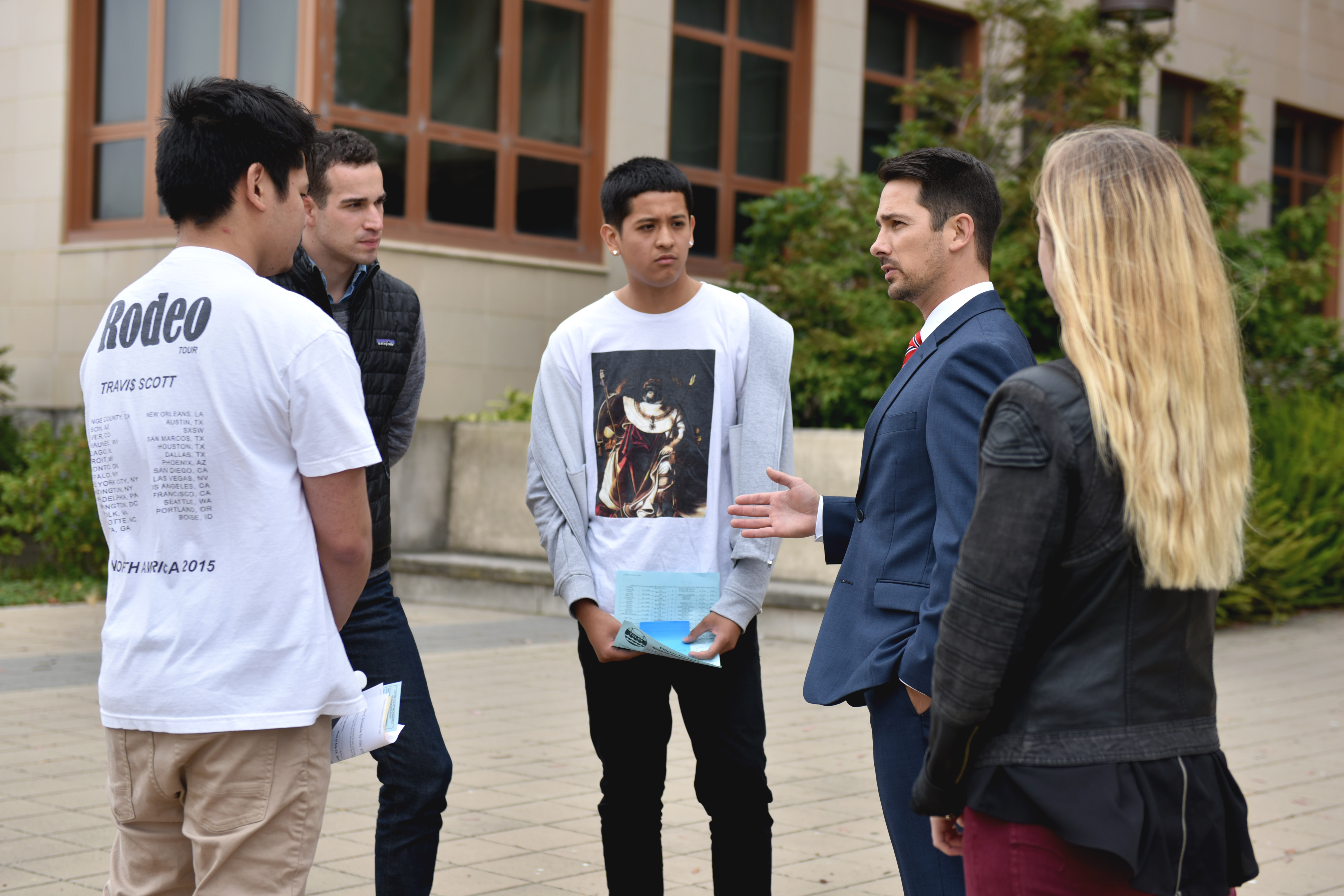 Our campaign has received an incredibly broad and representative set of endorsements in the race for City College, including nine current and former City College Trustees. Students, faculty, and residents across the city agree that it’s time for positive change in City College.

I am proud to announce on Pride weekend that Lawrence Wong, the longest-serving City College Trustee – 20 years! – and pioneer in the LGBTQ community as the first openly-gay Asian American to hold public office in the U.S., has officially endorsed my campaign to become your next City College Trustee!

Please join Trustee Wong in support of my campaign and contribute today! I am thrilled to announce that Lieutenant Governor Gavin Newsom, our former Mayor of San Francisco and next Governor of California, has endorsed my campaign to become your next City College Trustee!

It is a great honor to have earned Gavin’s support, and it’s an even greater honor to stand with him for students here in San Francisco and throughout California.

Join Lieutenant Governor Newsom and support my campaign with a contribution of $50, $25, or even $5 – every dollar counts. I’m excited to announce that Mayor Mark Farrell has endorsed my campaign for City College. Mayor Farrell has brought so much to San Francisco through innovation: the Shared School Project, Free WiFi for Parks, a city-owned fiber internet network, and solving a massive $4.4 billion unfunded retiree healthcare liability.

Mayor Farrell’s forward-thinking leadership and problem-solving approach has brought innovation, fiscal responsibility, and growth to City Hall, and I would be proud to bring the same to City College.

Endorsed by Board President London Breed! Great news from the campaign trail: Board of Supervisors President London Breed has endorsed my campaign to become your next City College Trustee!

I’m proud to have earned this important endorsement from a leader who understands the importance of education. President Breed has a strong track record of serving San Francisco, whether it's building new affordable and market-rate housing, helping the homeless get off the streets, or modernizing and enhancing Muni. She’s also fought to improve public safety, stood up for the environment by acting on climate change, and works every day for safe, clean streets for all. Today, I’m proud to announce that Senator Scott Wiener has endorsed my campaign to become your next City College Trustee!

I look forward to partnering with Senator Wiener as a tireless advocate for housing and transportation for the City College community. He has championed affordable housing and streamlined new housing construction with SB 35, enhanced immigrant tenant rights by co-authoring AB 291 with Assemblymember David Chiu, and fought for “complete streets,” solar, and many other approaches to making San Francisco more sustainable.

Last week, the City College Trustees voted to increase the student worker hourly wage to match the San Francisco city minimum hourly wage of $14 per hour. This is great news and will help lower barriers to education. This is one of the reasons I am running for City College, and is part of my Plan for City College. I applaud the Trustees and, in particular, the efforts of former Student Trustee Bouchra Simmons for this critical increase in student wages, and for the foresight to link this change to San Francisco City Law so that the wages will continue to rise along with the city’s minimum wage. This was long overdue and exactly the type of work I will prioritize as a Trustee. Today, I’m proud to announce that Assemblymember David Chiu has endorsed my campaign to become your next City College Trustee!

I am so honored. This year, Assemblymember Chiu authored Assembly Bill 19 to provide one year of free community college to first-time students with the “California College Promise.” And just this week, Governor Brown signed this important bill that will help over 19,000 students statewide. Thank you for your bold leadership, David Chiu.

This is exactly the type of leadership we need in Sacramento and for City College.

This Campaign is About Listening

For the next year, I will be talking with students throughout the various centers and main campus, meeting with as many Deans and Department Chairs throughout City College that I can, and reaching out to the leaders of our unions, organized groups, and student associations. My campaign promise is to listen, learn, and champion the issues that are important to our community.

A Letter from Victor: Announcing My Candidacy for City College Board of Trustees

A Letter from Victor:

I am running for City College Board of Trustees because I began my academic career at a community college and I wouldn’t be the person I am today without that opportunity. This is a critical time for City College, and I will apply my experience as an educator and former senior university administrator to make a lasting impact on this pillar of our community and make City College of San Francisco stronger than ever for the next generation of students.